The Art of Maurizio Pollini

SCOPRI
BIOGRAFIA
Maurizio Pollini was born in Milan on 5 January 1942. His father was the architect Gino Pollini, one of the leading representatives of Italian rationalism and also an expert violinist. His mother, Renata Melotti, studied piano and singing and was the sister of the well-known sculptor Fausto Melotti, who had a lasting influence on the young Pollini. In 1948 Maurizio Pollini received his first piano lessons from Carlo Lonati. From 1955 until 1959 he continued his studies with Carlo Vidusso and in 1958 he began to study composition with Bruno Bettinelli. In 1960 he was awarded the first prize at the International Chopin Competition in Warsaw and appeared at La Scala, Milan, playing Chopin’s First Piano Concerto under Sergiu Celibidache. Since then Maurizio Pollini has become one of the most admired and respected pianists of our time and has appeared all over the world with leading orchestras and conductors. He is particularly renowned for his innovative concert programmes which champion works by contemporary composers and contrasts these with those of the Classical and Romantic eras.

1968
Debut in the USA. Increasingly performs music of the 20th century.

1970
First appearance with the Berliner Philharmoniker.

1987
Plays the complete Beethoven Piano Concertos in New York with the Wiener Phil¬harmoniker under Abbado and receives the orchestra’s Honorary Ring on this occasion. Release of Chopin Piano Sonatas nos. 2 and 3 (Edison Prize).

1993/1994
Plays his first complete Beethoven Sonata cycles in Berlin and Munich, later also in New York, at La Scala and in Paris, London and Vienna.

1995
Takes part in the Boulez Festival in Tokyo. At the Salzburg Festival directs the Progetto Pollini for the first time, a series of concerts in which old and new works are juxtaposed. Receives the Gold Medallion of Salzburg province. Recording of the Beethoven Piano Concertos wins CD Compact Award, Barcelona.

2003
Progetto Pollini takes place in Rome. Recitals and concerts throughout Europe. CD release: Beethoven Sonatas, including his first recording of the “Appassionata”.

2005
Concerts and recitals throughout Europe and in Japan; Progetto Pollini at the Salz¬burg Festival. On CD: works by Schumann and Chopin’s Nocturnes (Echo Award 2006, Grammy 2007, Victoires de la Musique Classique Award 2007); on DVD: Mozart, Beethoven and Brahms concertos with the Wiener Philharmoniker under Böhm and Abbado.

2006
Recitals throughout Europe, in the USA, and at the Salzburg and Beijing Festivals. Concerts in Lucerne and Tokyo with Abbado and the Lucerne Festival Orchestra, in Munich with Jansons and the Bavarian Radio Symphony Orchestra, in Vienna with the Alban Berg Quartet, Hagen Quartett and Ensemble Wien-Berlin. Release of his recording of Mozart’s Piano Concertos K. 453 & 467 as soloist and conductor of the Wiener Philharmoniker.

2007
Soloist and conductor in Mozart concertos with the Galician Symphony Orchestra in Spain and the Wiener Philharmoniker in Vienna’s Musikverein; Beethoven concertos with the London Philharmonic Orchestra at the Royal Festival Hall under Masur and Jurowski, and with the Gewandhausorchester in Leipzig under Chailly. Recitals at the major European music venues, in the USA (including Carnegie Hall), and at the Salzburg, Venezia-Nono (London), and Lucerne Piano festivals. Release of his critically acclaimed recording of Beethoven’s Piano Sonatas op. 2, nos. 1 – 3.

2008
Brahms’s Piano Concertos nos. 1 & 2 with the Orchestra di Santa Cecilia in Rome; Beethoven’s Concerto no. 4 with the Berliner Philharmoniker under Abbado in the Philharmonie and with the Lucerne Festival Orchestra again under Abbado in Vienna’s Musikverein; Schumann’s Piano Concerto with the Boston Symphony Orchestra and James Levine in Boston and New York’s Carnegie Hall. Solo recitals throughout Europe, in Moscow, St. Petersburg, and the USA (including Carnegie Hall); chamber-music recital with the Hagen Quartett in Rome; a Schoenberg-Berg-Nono chamber concert in Brussels. Festival appearance at the Klavier Festival Ruhr, the Salzburg and Lucerne festivals. Spring sees the release of a live recording of Mozart Piano Concertos K. 414 & 491 with Pollini as soloist and conductor of the Wiener Philharmoniker. A Chopin recital (Sonata no. 2, Mazurkas, Waltzes, Impromptu no. 2, Ballade no. 2) is scheduled for release in the autumn. 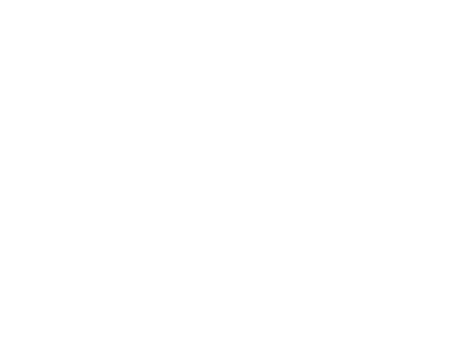